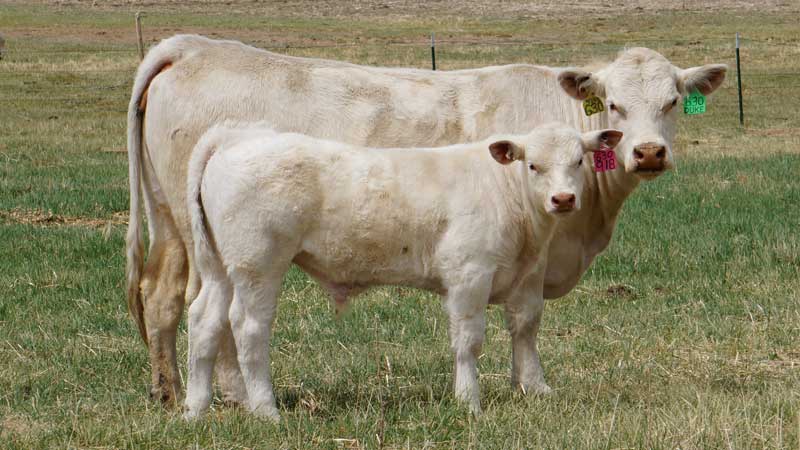 “Marshmellow” is owned by our daughter Jentry. Marshmellow was our first show heifer. She was shown at the 2017 Arkansas Valley Fair, our county fair, where she was named Grand Champion Breeding Beef. Her first calf, Horse Creek Lad 801F PLD, sold in the 2019 sale where he did not disappoint. Marshmellow is a moderately framed cow that still is able to wean a whopping calf at 734 pounds, while she barely tipped the scale at 1,000 pounds as a first calf heifer! As a commercial producer this is the kind that you strive for, she takes little up keep and weans a monster. 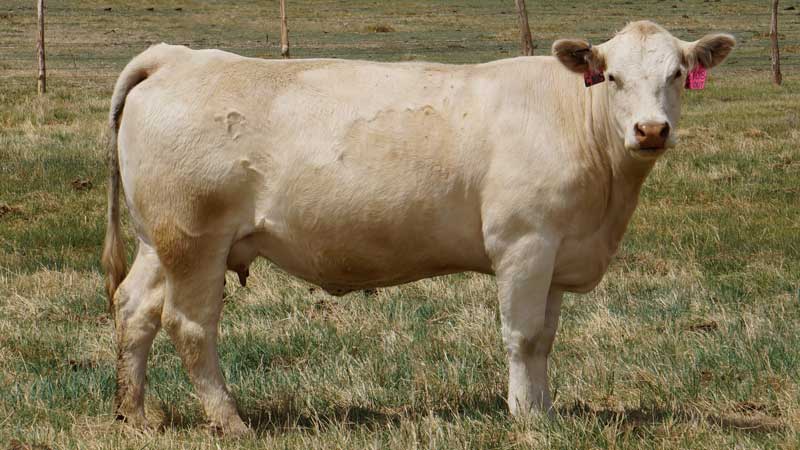 Here is a well-made, functional cow with a great disposition. There was no question when it came to flushing hers. Her first calf is a heifer that does not disappoint and will likely follow in her mother’s footsteps. We are excited about the future of this phenomenal cow. 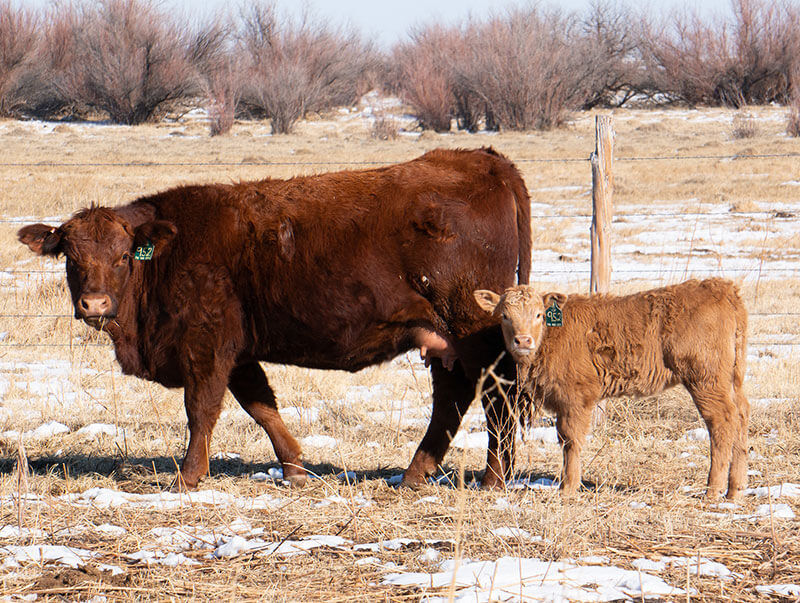 Commercial Females with Horse Creek Sired Charolais Calves at side. They will be sold in lots of 10 at our annual sale.

The Heifers were AI’d with OW Maximizer 3041 PLD to calve in January and Maximizer sons were used as clean up bulls. A majority of the calves were born in January with a few being born the first two weeks of February. The heifers were born and raised in southern Colorado. The heifers are open and ready to breed to the bull of your choice. All calves and cows have been given their Springtime vaccinations. All that they need is a brand and are ready to go to work for you! This is a gate cut from the heart of our commercial replacement program.

Get Social With Us: